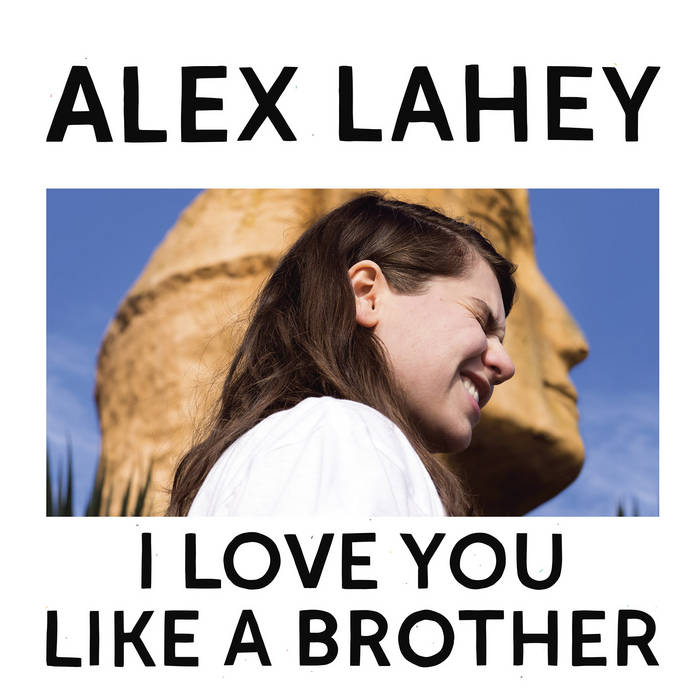 Colby Goettel Great, upbeat indie pop. Really been digging this. Favorite track: I Haven't Been Taking Care of Myself.

Tom Gillard What an awesome debut. Just when I think I've picked my favorite song the next one starts. Each has it's own catchy melody and groove while still sounding like a solid collection of tunes.

at this moment in time "Perth..." and "Lotto" are my go tos with "Brother" also in the mix Favorite track: Lotto in Reverse.

Eric Perkins Picking a favorite song from this album is legit challenging. I mean, EVERY song is a little pop gem. Hook after hook after hook. Favorite track: Every Day's the Weekend.
more...

“I’m just some random from Melbourne.”

Alex Lahey likes to keep it real. The 24-year-old Australian musician takes her rise up the ranks from music student to ‘an artist with one of the most highly anticipated debut albums of 2017’ in her stride.

Lahey sees her life as ordinary: “I fall in love, I have a family, I go out with my friends, I like to have a drink.” However, most people can’t distil those universal experiences into wry, punchy indie-rock songs - three minute odes to millennial angst and all the complicated feelings that come with it. Alex Lahey can. ‘Love You Like A Brother’ is proof.

Born and raised in Melbourne, Lahey initially studied jazz saxophone at university but unimpressed with “learning music in such a regimented way” she switched to an arts degree (see her ‘B-Grade University’ EP for more details). Her tenure with cult music collective Animaux allowed Lahey the musical anarchy she yearned - hell, she booked the band their first gig before they’d even prepared a single song.

Lahey stepped out on her own once she began to write songs that didn’t fit Animaux’s party space. Songs that were inspired the two people she considers the greatest songwriters of all time, Dolly Parton and Bruce Springsteen. Songs that got her noticed at a local industry conference and scored her a solo management deal. Lahey had graduated.

The ‘Love You Like A Brother’ album drops fresh off the back of Lahey’s breakthrough in 2016. Last year her ‘You Don’t Think You Like People Like Me’ single was inescapable and landed her a spot in Australian radio network triple j’s prestigious Hottest 100 of 2016. The song’s universal tale of rejection took Lahey global - its message, she says, is the flipside of the usual break-up scenario: “Yeah, you’re right. It’s not me. It IS you.”

And that no-shit-taken attitude is the backbone of  ‘Love You Like A Brother’. From the stomping title track ‘Brother’ to the gently moving ‘Money’, Lahey’s debut long-player tells it like it is.

The album found Lahey back in the studio with production partner, and one-half of Holy Holy, Oscar Dawson (Ali Barter, British India). The pair pushed each other to create an intimate sonic experience that comprises scuzzy guitars thrumming over pop melodies, helmed by Lahey’s unfussy but arresting vocals.

The album’s songs traverse the everyday themes of family, heartbreak and identity. Lacey tells her stories with character… and dry humour – “I’ve figured it out,” she sings in ‘Awkward Exchange’, “you’re a bit of a dick” – but there are also moments of darkness. In ‘Taking Care’ she muses, “I’ve gained weight and I drink too much, maybe that’s why you don’t love me as much.”

‘Taking Care’ was written after Alex had an eye-opening conversation with her mother. “I was seeing someone who I knew wasn’t treating me well, and chose to ignore it, and I think my mum had picked up on it as well. She just said to me at the end of the conversation, ‘Alexandra, whatever you do, just make sure that you take care of yourself’.”

The poignant ‘Backpack’ is a tribute to Lahey’s latest relationship, and the unsure start it got off to. “When we first started going out, they warned me about how they’re really flighty, and I was like, ‘I just want you to stay. And I don’t know if you are.’ It’s just saying it’s hard to hold someone down if they’re always thinking about the next place that they’re going to. It’s hard to give someone a hug when they’re walking away. And sometimes it’s good to chase them down and be like, ‘Hey, I’m here.’”

And, in case the album’s title hadn’t given it away already, there’s a track for her brother too. “We don’t get a choice/So let’s stick together,” screams Lahey in ‘Brother’. That angsty love you’re hearing is easily explained by Lahey, “My brother and I clashed for a long time, and then all of a sudden as adults, we’re really close. I feel like this song is my gift to him.”

The themes of Alex Lahey’s album might be universal, but it’s the unique approach she takes unpacking them that’s earned her millions of Spotify streams, buzz-worthy showcases at SXSW and festival sets alongside the likes of  Flume, The Kills, At The Drive-In and James Blake as well as guesting on tours with Catfish & The Bottlemen, Tegan & Sara and Blondie.

Bandcamp Daily  your guide to the world of Bandcamp